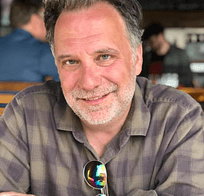 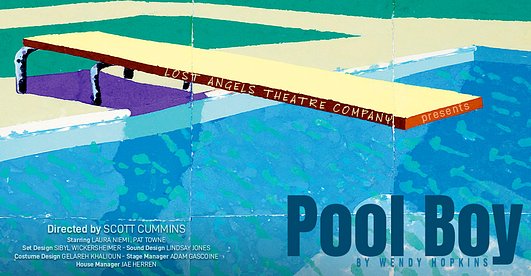 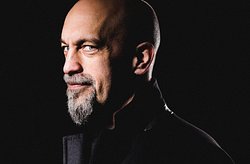 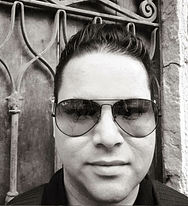 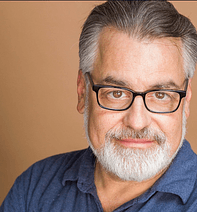 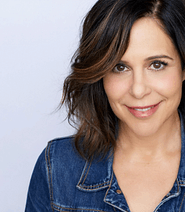 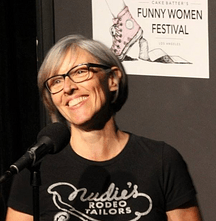 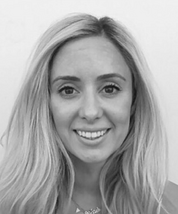 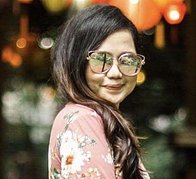 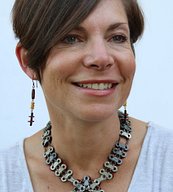 Louie is LATC's secret weapon doing all the behind the scenes here for Pool Boy.  Though this is her first time working in theatre we are so proud to have her on our team.  In her spare time she has a fun travel blog with some fun adventures:  www.theheliopaths.com

Gelareh has a Bachelor of Arts in theatre from USC, with an emphasis in costume design.  She is a member of the local 705 Costumers Union, and is the resident costume designer for Vs. Theatre Company.  She has also designed for the Alliance Repertory Company (Ovation and ADA Nominee), International City Theatre, Odyssey Theatre, Edgemar Center for the Arts, 24th Street Theatre, Ivy SubStation, Santa Monica Playhouse, Hudson Guild, Gardner Theatre, The Elephant, The Complex and The Matrix.  She is thrilled to be working with Lost Angels Theatre company again, and sends a special thanks to the cast and crew.

A Second City alumni and Dora Award nominated writer, Wendy has created and produced six original television pilots including the Canadian Comedy Award nominated Fancy for the CBC, American Freak and Nature Boy (with Harland Wiliams) for Comedy Central, and co-created the Gemini award winning series, The Tournament, serving as both writer and director during its run.

Wendy started her career as an actress and improviser in Toronto working with many of Canada’s great comic talents: Mike Myers, Colin Mochrie, Ryan Stiles, and as a regular cast member in Maniac Mansion, created by Eugene Levy. As a solo performer and writer for the stage Wendy toured the US, Canada and Australia with her 3 solo shows. Her Melbourne International Comedy Festival play The Wendy Show was a Best of the Fest pick. Her short play On The Way Out was produced at Sydney’s Short n’ Sweet festival in 2020.

An award-winning actor/producer, who has performed on many stagesworked at The Geffen, South Coast Rep, The Odyssey and Coast Playhouse.

She has been continuously working in both TV and film and most recently can  be seen playing Marilyn Pearson in the award-winning hit TV show "This Is Us " and has two movies coming out this year: "The Last Thing He Wanted  with Anne Hathaway, Ben Affleck and Willem Dafoe; and "Those Who Wish Me Dead '"alongside Angelina Jolie. Other credits include: Jobs, Justified, NCIS:LA, Castle and more here: www.aboutlauraniemi.com

An award-winning actor/director/producer, who most recently appeared as Hertz in Rock of Ages-Hollywood at The Bourbon Room on Hollywood Boulevard, and as Sinclair Saint Claire in the world premiere musical Bronco Billy at Skylight Theatre.

Jae served as the house manager for the Odyssey Theatre Ensemble for many years both for their main stage performances as well as their productions in residence.  It was there he met Lost Angels Theatre Company's  Laura Niemi and would go on to house manage their west coast premiere of Tracy Letts' Bug at The Coast Playhouse.  He has also worked on and off stage for productions at Pacific Resident Theater and The Ford and is glad to be rejoining Lost Angels Theatre Company again.

Sibyl has designed for stages across the country, including Theatre for a New Audience, Steppenwolf Theatre Company, Oregon Shakespeare Festival, Lookingglass Theatre Company, Portland Center Stage, and Woolly Mammoth Theatre Company. She resides in the Los Angeles area and works with many local theatres large and small; most recently collaborating with VidCo designing Someone Else’s House at The Geffen Stayhouse, and designing at A Noise Within, Circle X, Center Theatre Group, and the Geffen Playhouse. Unique projects have included art installations at Southern California art galleries, Eric Idle’s ‘What About Dick?’, and the dinosaur puppet stage at the Natural History Museum of Los Angeles. Sibyl is also an Associate Professor at USC in the School of Dramatic Arts.  sawgirl.com

Presented poolside at a gorgeous home on Mulholland Drive, this unique theater event will have a limited run starting July 17th with a spectacular view of Los Angeles from the Hollywood Hills.

Set in Los Angeles during the 2020 pandemic, house sitter Glenn is looking after an elite home in the Hollywood Hills. Isolated and desperate for human contact, she attempts to make a connection with an atypical Pool Boy. Despite their contrasting personalities and rusty social skills, they forge an unlikely bond in a Covid colored world.

Throughout his career, Scott has been involved in over 90 productions throughout the United States either as an actor, director and/or fight choreographer.  He recently directed TRUE WEST for Vs. Theatre Company in Los Angeles which had a six-month sold-out run. Scott’s Los Angeles directing credits include the LA premieres of KILLER JOE (Four Ovation Awards including Best Direction and Best Production as well as Critics Choice LA Times) and BUG (Critics Choice LA Times, LA Weekly, Backstage West) both by Tracy Letts with Lost Angels Theatre, AND NEITHER HAVE I WINGS TO FLY  (Ovation Nomination-Best Direction) as well as THE PAGANS  (ADA Award Best Ensemble, ADA nomination Best Direction) both by Ann Noble with The Road Theatre Company, MR KOLPERT (Critics Choice LA Times) and MOONLIGHT & MAGNOLIAS both at The Odyssey Theatre Ensemble, BRIGHT IDEAS with Morgan Productions, BOYS’ LIFE at USC and WATER BY THE SPOONFUL at San Jose State University.  In Chicago, Scott has directed the World Premiere of CARMILLA and MOTEL 666 for WildClaw Theatre Company, the Midwest premiere of SCENES FROM THE BIG PICTURE for Seanachai Theatre and I’M SPIRITUAL DAMMIT by Jenniffer Weigel for Route 66 Theatre. He also directed AMERICA DEAD, BUNBURY and DISCO PIGS at Northwestern University.   Other Chicago directing credits include MARKED TREE (After Dark Award – direction) and CALAMITY MEAT for Seanachai Theatre, BLOODY BESS (After Dark Award – Ensemble) for Red Hen Productions, MISSING ANGEL JUAN for Powertap Productions and SAWDUST & SPANGLES for Prop Theatre/Powertap.  Other directing credits include CORIOLANUS, THE WINTER’S TALE, CYMBELINE, RICHARD III, COMEDY OF ERRORS, HAMLET and A MIDSUMMER NIGHT’S DREAM, for Lakeside Shakespeare. He has acted with such companies as The Goodman Theatre, Steppenwolf Theatre, Chicago Shakespeare Theatre, The Next Theatre, Noble Fool Theatricals, The Organic Theatre, Famous Door Theatre, Apple Tree Theatre, Strawdog Theatre, Lakeside Shakespeare Theatre, The Odyssey Theatre (LA) and Syzygy Theatre (LA) to name a few.  He has received three Joseph Jefferson Awards  (Actor in Principle Role, Fight Direction, Ensemble). He is an Artistic Associate for both WildClaw Theatre Company and Lakeside Shakespeare Theatre.  He has also appeared in several TV shows and few films….but that’s not important right now.  Scott has a MFA from Northwestern University in Directing and a BFA from University of Illinois in Acting.  Currently he is Lecturer of Theatre at San Jose State University.